For everyone who doesn’t know me, I used to live in the East Bay, but because I finished my AA at Diablo Valley College I transferred and now go to Sonoma State in the North Bay.

I’ve been back in the East Bay for the holidays, and just have been exploring, photographing. 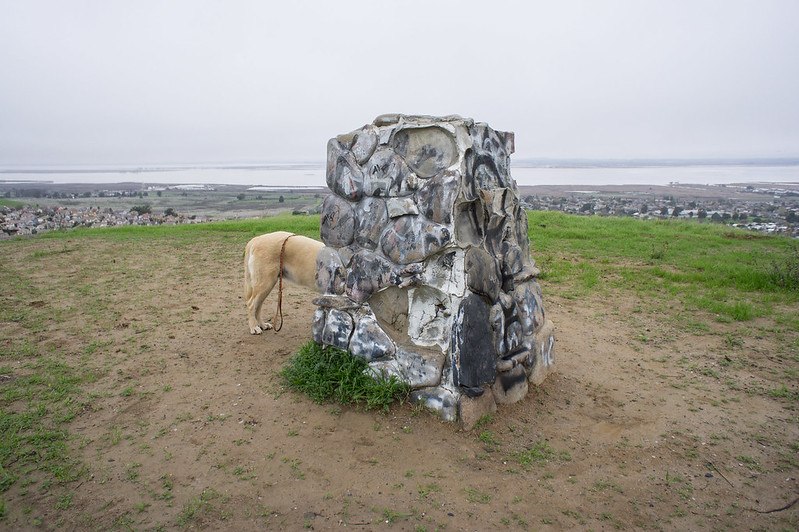 I hiked up here once, years before. What I’ve been told, at least by my father is that this sculpture is considered “The Monument of Bay Point”. Except I feel like it might be called “The Monument of Port Chicago”, as Bay Point once used to be known only as Port Chicago, which used to be military housing in the 1940s-1960s for the large Concord Naval Weapons Station. A site on U.S. soil which had the largest U.S. casualties during WWII within the states. (Hawaii did not become a state until 1959).

Was this made in memory of the Port Chicago Disaster? What’s the significance of this sculpture?